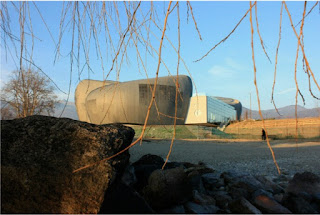 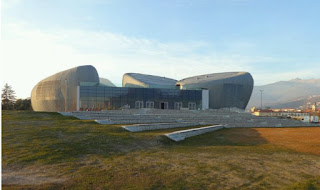 The Centro Eventi Multifunzionale (CEM) hosts a pair of theatres for audiences of 500 and 200, as well as a rehearsal space, and a foyer for events and exhibitions. A restaurant, cafe and ancillary spaces including offices are also included. 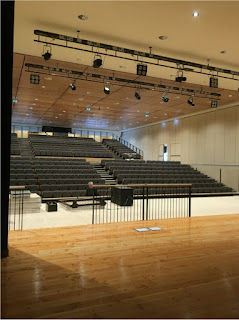 The Italian studio chose to clad the four irregularly curving forms in zinc, giving them a pale grey colouring that matches stones on the lake shore. They are linked by a smaller rectilinear volume fronting the lake, which presents a glazed facade to the nearby city of Verbania. 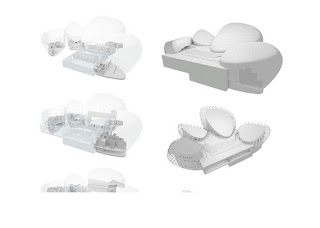 The lake stone is the very symbol of the project and the striking surrounding context was the utmost trigger of the centre," Bargone Associati co-founder Federico Bargone told Dezeen. Its architecture grows from the unique relation between mountains, city and lake." 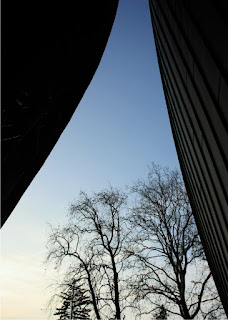 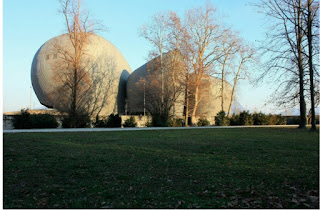 Sourse: Dezeen
Posted by Unknown at 05:59